Just Another Monday at the Pill Mill

Tucked away in a obscure business park— in a seemingly abandoned part of Houston sits a dreary adobe-colored building with few windows and a uninviting entrance. As I weaved around the rain-filled potholes of the deteriorating parking lot searching for a open space among the vehicles bearing license plates from every surrounding state, judging by the number of cars and nearly non-existent parking spaces, you would think that a major event was happening nearby. Not so. It was just another Monday at the Pill Mill.

As I walked in, every head that was capable of doing so turned my way. After a quick glance, each head then turned slowly back to focus on whatever they were doing prior to the interruption of yet another person walking through the dreaded door and into the Land of the Lost. Whether it was staring at a 5-year-old magazine with pages torn out or stuck together, or wiping the dirty faces of the children they brought along, or simply quietly contemplating their fate as they rocked back and forth in their seat, they were in the same boat as I was.  Just beyond the door and next to the glass window we would find our Wizard, the Powerful One who would keep providing us our next fix.

Some of these individuals were already so far into withdrawal that nothing garnered their attention except for their name being called by the “nurse” (I’m using that term lightly because those who work at these “pill mills” may not be one).

As I chose one of the last two chairs available out of about thirty, I deliberately chose the chair that would provide me with the isolation that I desperately wanted in this situation.

No conversation.
No half-hearted pleasantries.
No unintentional eye contact.

All I wanted was to sit in my Seat of Shame until my name was called by the almighty, unethical Wizard, aka the pharmacist.

It was not very long before this particular day that I sat in an NFL locker room with All Pro Athletes and future Hall of Famers. Men who were at the pinnacle of their sport and had accomplished great things on and off the football field through discipline, hard work, and mental toughness; men who I had sweated and bled with, cried and laughed with, and won and lost with. Men who were my brothers on and off the field and in and outside of the locker room. 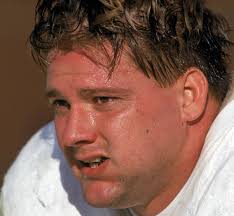 I thought about each one of them as I scanned my current, “locker room.” Like me, they were people desperately seeking a fix, sweating profusely, arms folded, and body bent. They were still upright but almost in a fetal position with their faces in all different shades of gray.

Uncomfortable, ashamed, and dying of a disease that none of us understood.

There I was, sitting with a group of fellow All Pro pill-seekers and Hall of Fame doctor-shoppers. Although unspoken, we all knew that we were among the cream-of-the-crop players in a billion dollar industry that was more concerned with winning than dying or profits than they were people.

The “doctors” we used (who had all taken a Hypocratic oath of, “first do no harm”) were not only participating in harm, they were profiting from it. In short, we were addicts with cash and they were drug dealers who were more than happy to take our money and profit from our disease. And yes, those of us who were in the grips of this disease were more than willing to trade a cash for a script.

Pill Mills have consistently full waiting rooms of desperate participants who are willing to do whatever they have to in order to NOT be dope sick and to function and survive. It didn’t matter to these pharmacists and doctors where these patients had come up with the money to get their drugs, whether it was because the patient stole, pawned, manipulated a family member, sold their bodies, or God knows what, they wanted the money and we needed the drugs. It didn’t matter if we came from a park bench or from Park Avenue, we were all there for the same reason.

My name was called after an hour wait. I would have waited as long as it took. Again heads turn and look at me as if I’m the next contestant on the Price is Right.  I breathed a sigh of relief as I knew I was one step closer to not being dope sick. I could barely sign my name when I stopped at the glass window to check in with The Gate Keeper.

As I walked to the assigned waiting area, I noticed the lack of medical devices.

No blood pressure machines.
No stethoscope or the tool they use to check your ears (otoscope?).
Not even an examining table with the scrolling white paper on it.

There was only a chair to sit in, not unlike the other four “exam” rooms down the hall.

Within minutes, in walked a person with a piece of paper.

Not a Doctor.
Not a Nurse.
Just an Employee.

This employee would prove to be the most important person in my life at the moment, for the small piece of paper she was holding was the solution to my problem.  For me, and countless others like me, she was an angel in street clothes.

I tried to not shake during our very brief conversation (as if she would notice anyway). She, like me, had only one purpose. It was her job to give me the prescription and my job to take it.

No doctor’s exam.
No questions asked.
No lecture or questions about taking too many pills.

She’s simply doing what she was hired to do. She’s not a addiction specialist; she’s just another employee most likely making minimum wage while supporting three kids in a one-bedroom apartment. Great! I don’t have to see a doctor and con him into believing that I have everything under control. 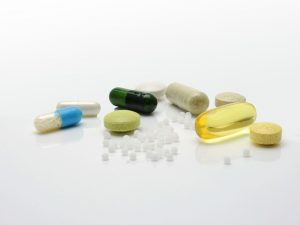 I wondered to myself though, does the doctor know that he is one of about fifteen other doctors that I see in this city? Does he or she even care? Is there even a doctor AT this location today? I didn’t contemplate these questions long. I quickly grabbed the prescription and passed off $150 to the Gatekeeper on the way out. I got what I needed and now it was off to the pharmacy next door where I parted with another $250 there, unsure of how I would explain it to my wife and kids again, knowing that they wouldn’t understand even if I told the truth about being dope sick. Unless one has experienced it, it’s difficult to comprehend the desperation and powerlessness of addition. Besides, I could surely come up with another excuse, another tall tale, another lie to explain why we had less money in our bank account yet again.

These Pill Mills opened fast and furious because there was very little regulation, and law enforcement wasn’t adequately educated or trained on how to handle situations where legal drugs were involved for illegal purposes. After all, they were legal scripts with legitimate names of doctors on them.

Enter illegal street-opioids, aka heroin – an even cheaper alternative to doctor shopping.

The drug cartels took full advantage of the Pill Mill closings and flooded the streets with these cheap and seemingly unlimited supply of opioids. And then, overdose deaths increased 67% with the introduction of fentanyl, adding yet another potentially fatal complication to the mix, and no one knows if they have a lethal combination of heroin and fentanyl until it’s too late.

I can’t tell you how many friends I have buried. I don’t know how many more will die. Statistically, we lose about 200 people a day in the United States from overdose deaths.

Most of these people did not know it was going to be their last fix. It was just another Monday, Tuesday, Wednesday, Thursday, Friday, or Saturday desperately trying to fight off being dope sick and feeling like they were dying…or wanting to.

On September 22, 2009, I put my hand up, got on my knees, and literally crawled into a treatment center. It has become my life’s mission to help others do the same, and I am forever grateful that my Mondays are no longer spent at at the Pill Mills or in an alley somewhere desperately searching for my next fix.